A wonderful revue of the fresh and lively talent coming out of the society this year – sort of a celebration of us being in existence for a whole year. 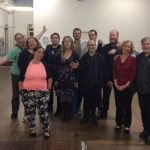 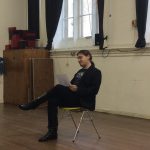 Josh Cunningham, giving us a rendition of two poems, one of his own. 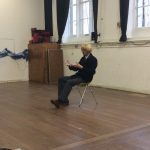 Gav Matthews, performing a devised scene of his own making. 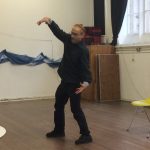 Keith keeping us all entertained with his hilarious Invisible Magician routine! 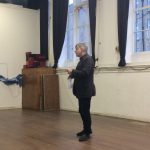 Mike Farren giving a reading of his poetry 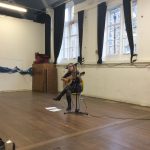 Guest artist, Allie Riley, performing a lovley selection of her own songs. 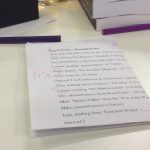 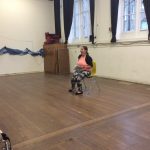 Tina Palomar giving a reading of a beloved poem. 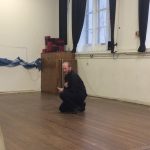 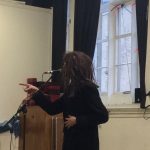 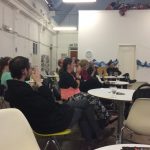 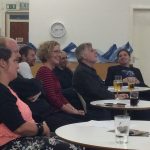 A fabulous pantomime that marked the writing and directing debut of local playwright, K. Palomar. 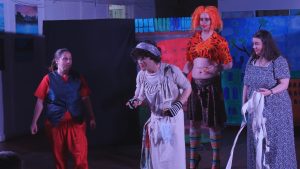 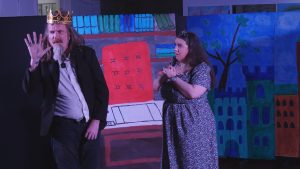 Prince Charming and Cinderella discuss a present for Tiddles’ birthday. 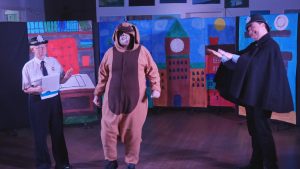 The PCs tease Sniffer about his jokes.

Jack and Red performing at the talent show. 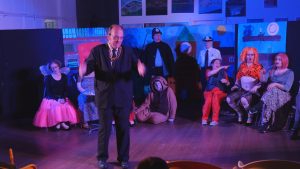 The Mayor announces the winners of the talent show.

A fabulous time was had by all!
A lovely review of the show can be found on page 28 of Issue 23 of the Saltaire Review: http://www.thebradfordreview.co.uk/saltaire-review-issue-23/